Girl Up – Uniting girls to change the world, because there is no country in the world where women are equal.

Girl Up is a United Nations Foundation Campaign which encourages young women to channel their energy and compassion into raising awareness and funds for the challenges faced by ourselves and other young women worldwide. It is a campaign run ‘by girls, for girls’ and your local Norwich division has recently relaunched under new leadership. Previously, under Taryn, Maud and Emily’s leadership, Girl Up Norwich had great success hosting meetings every two months, starting a podcast and hosting an arts night at the Norwich Arts Centre. We would love to continue their legacy, helping to discuss feminist issues, raise awareness and also donate money both to Girl Up and to local organisations.

Our aim is to organise local and online events which empower, educate and establish a community of young people, who are passionate about intersectional issues faced by marginalised genders, which uphold an unjust society. 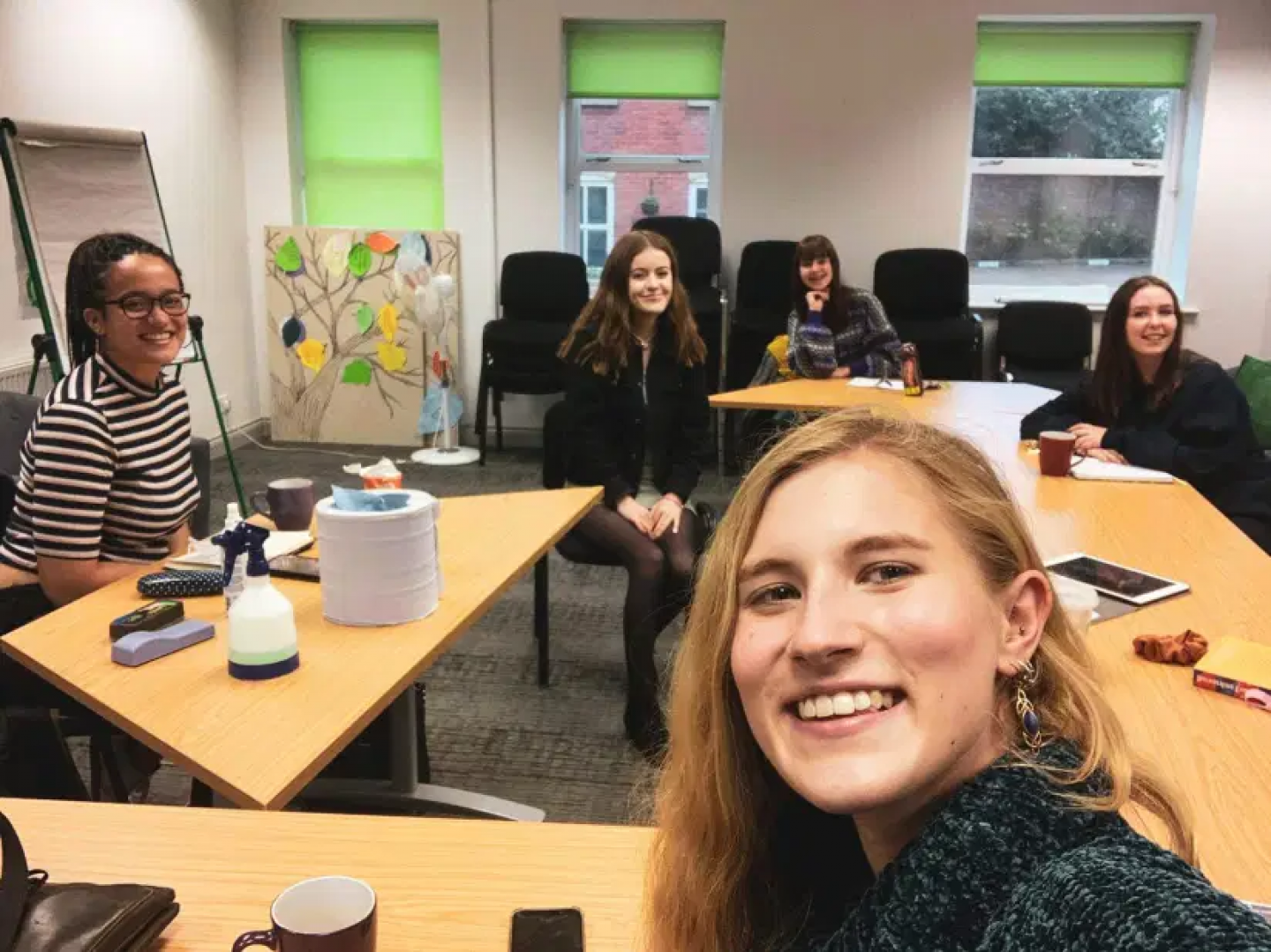 Our welcome back event was a virtual open mic night, creating an online stage for performers to share their music and spoken word during the lockdown. It was also a platform for local charity Leeway Domestic Violence and Abuse Services to educate and inform an audience on the problem of domestic abuse. The event was filled with awe-inspiring creativity and raised £226 for Leeway!

We’d love it if you’d check out more of our work and get involved!

Molly (she/her) is the new director of Girl Up Norwich. She is particularly interested in intersectional feminism, for instance the differing levels of oppression which can be faced by black women, or queer gender non-conforming people, or disabled biracial women, or any other intersection of identities. First coming across intersectionality when reading about Kimberlé Crenshaw’s work for an essay at around 1am in the UEA library, she had never before considered the complicated ways in which different problems can work together. She wants to help build a more open, inclusive conversation around gender, race, sexuality, etc.

Alice (she/her) is Girl Up Norwich’s new communications director. Although she has always identified as a feminist, it has only been in the last few years that she has really begun to examine the way that internalised misogyny has impacted her life and more recently how being a thin, white woman alters other’s perceptions of her and therefore the life she leads. She is a huge fan of people being able to make whatever life choices (big and small) make them happy and fulfilled, regardless of their gender. One of her favourite activities is having enlightening and empowering discussions on anything that falls under the feminist umbrella, including (but definitely not limited to): body hair, sex work, birth control and abortion and viewing yourself through the male gaze.

Maya (she/her) is Girl Up Norwich’s new social media director. Her work in youth activism began during the rise of the school climate strikes in 2018, however in discovering more about climate justice’s intrinsic link to social justice, she began her involvement in various equal rights organisations like Girl Up. The concept of advocating women’s rights has been present throughout her life through a family network that encouraged the discussion of societal norms and inequality. Her particular interests lie in abolishing the stereotypes used to categorise and divide women in modern society, and how art can be used to combat discrimination and challenge mindsets.

Millie (she/her) is Girl Up Norwich’s new events co-director. Whilst studying feminist literature so intensely at A Level, she began to delve deeper into gender inequality, particularly into the foundations of misogyny, from a historical perspective. Millie has previously been involved in youth work and activism within schools, and is keen to start the conversation about typically ‘taboo’ topics such as menstruation. Tackling period poverty is hugely important to her, and is one of her main interests, alongside breaking down stereotypes and being a part of the movement towards a more inclusive society. Within Girl Up, Millie hopes to create a welcoming space for everybody to have their voice heard, to spark new discussions and step towards social justice.

Erin (she/her) is Girl Up Norwich’s new events co-director and has been interested in feminism for many years, however she started to gradually learn more over lockdown through reading a variety of feminist literature (some of these may be seen in the up and coming Girl Up Norwich meetings) and some non fiction works as well, such as ‘Feminists Don’t Wear Pink and other lies’, a book that itself is associated with the Girl Up initiative. Erin has previously helped out with charities and schemes within school such as The Red Box Project (helping to tackle period poverty in schools) and has also attended many Women in Science conferences, giving women a platform in a male dominated sector. Hopefully when the rules and regulations currently surrounding coronavirus relax, many exciting events and meetings can be held. From art evenings, to conferences and open mic nights, the Girl Up Team have so much in store for the future!